I was lucky enough to spend the winter of 2017/2018 in Carpinteria, California.

During my visit, the town got evacuated numerous times due to forest fires, then again to mudslides a few weeks later. Coming from BC, I thought I knew mudslides and forest fires. Nope. 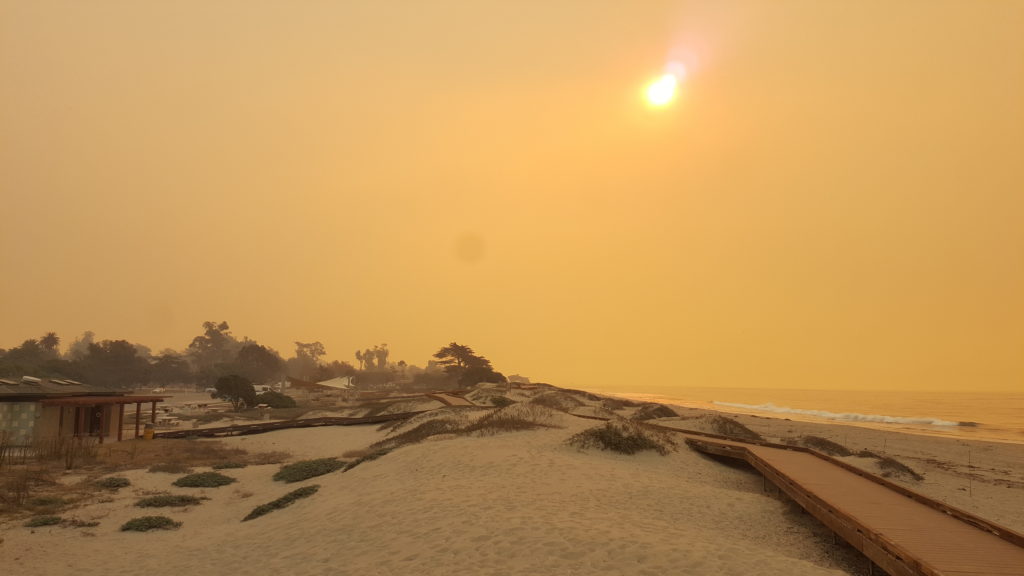 The Thomas Fire would end up being the largest forest fire in California history. The mudslides in January killed 22 people in nearby Montecito. 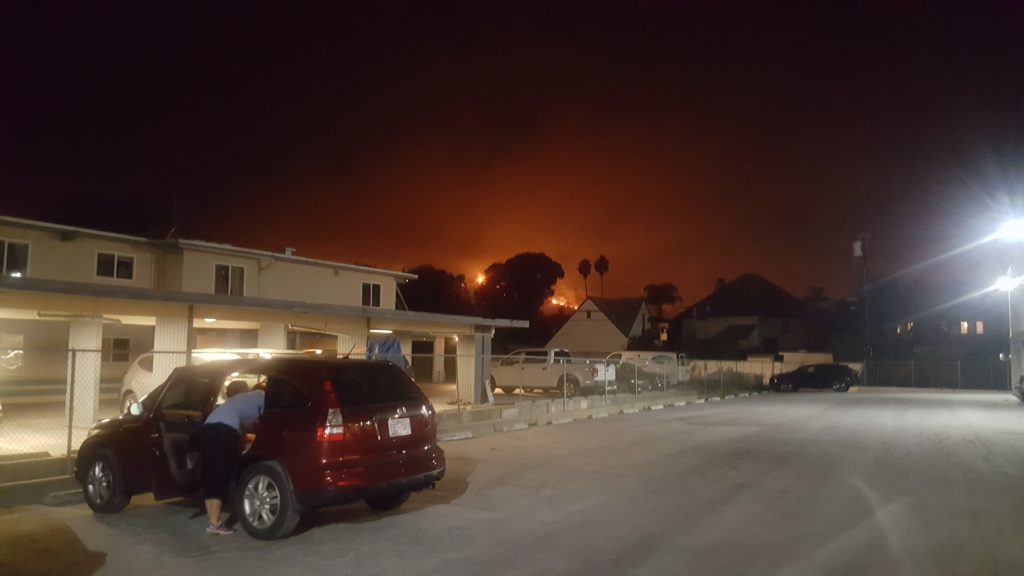 Throughout this tough time, the people of Carpinteria remained friendly and welcoming. People worked together to help others. Local businesses rallied to support families and firefighters.

Tragedy aside, Carpinteria is my favourite beach town in California. It’s not crowded. You don’t have to constantly fight for parking. People aren’t dicks. It’s expensive – but not as bad as other parts of coastal California. 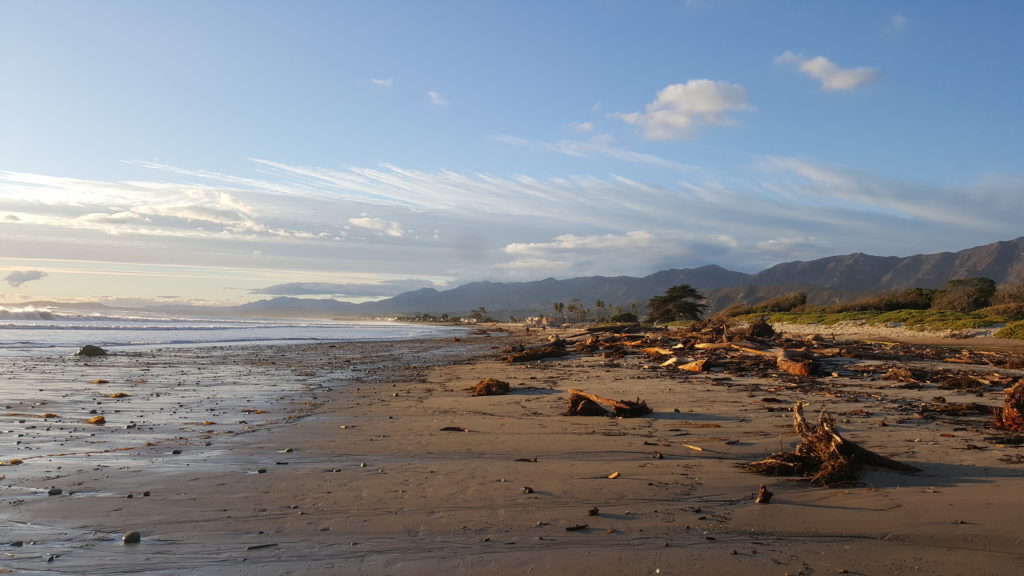 Oh, and did I mention there are three local breweries? Not bad for a town with a population of 5,000.

With that in mind, let’s take a look at the top 5 things you need to see in Carpinteria, California:

For some unknown reason, Carpinteria calls their beach “The World’s Safest Beach”. They even made a mural about it! 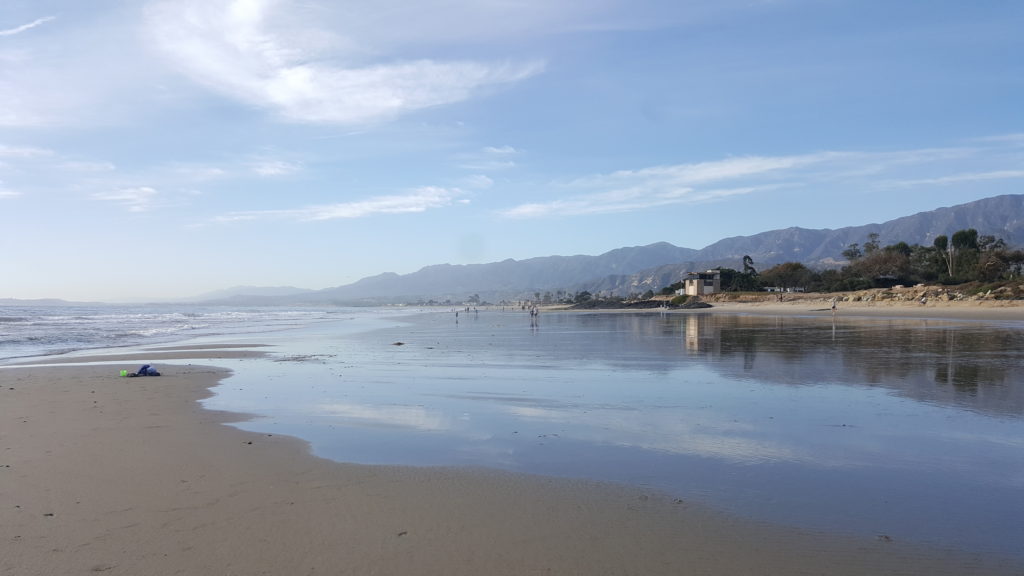 In any case, the beach is a great place to spend a sunny day. It’s huge. It doesn’t get nearly as crowded as other beaches in southern California on a hot and sunny day. 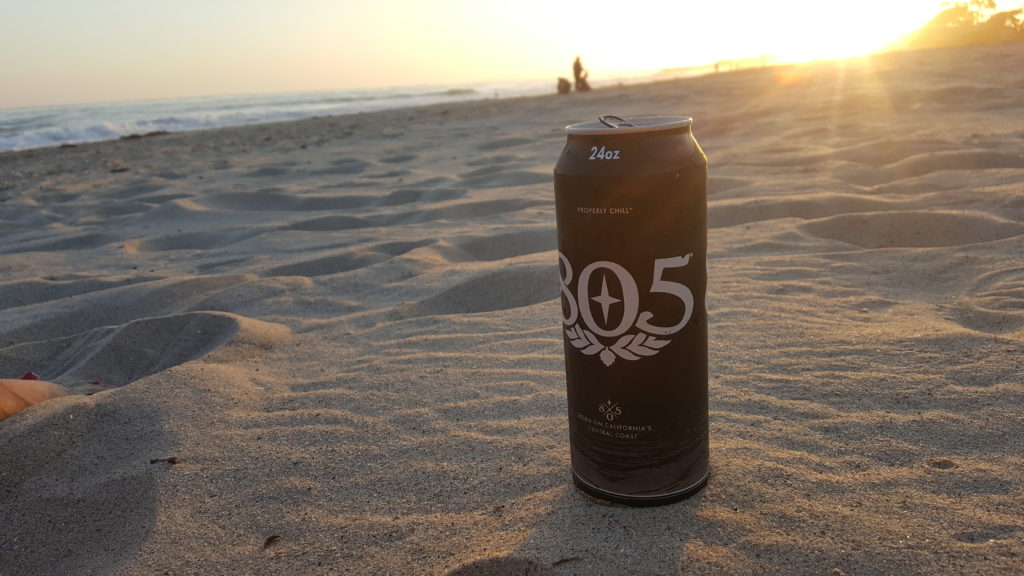 Watch for dolphins, seals, and whales playing in the surf. We saw a grey whale 30 feet offshore once – like 15 feet away from where people were swimming. They like the shallow water because it protects them from orcas, apparently.

Carpinteria is a major breeding ground for harbour seals, which visit the area over the winter. You should see a group (a pod?) of 50 to 100 seals hanging out. 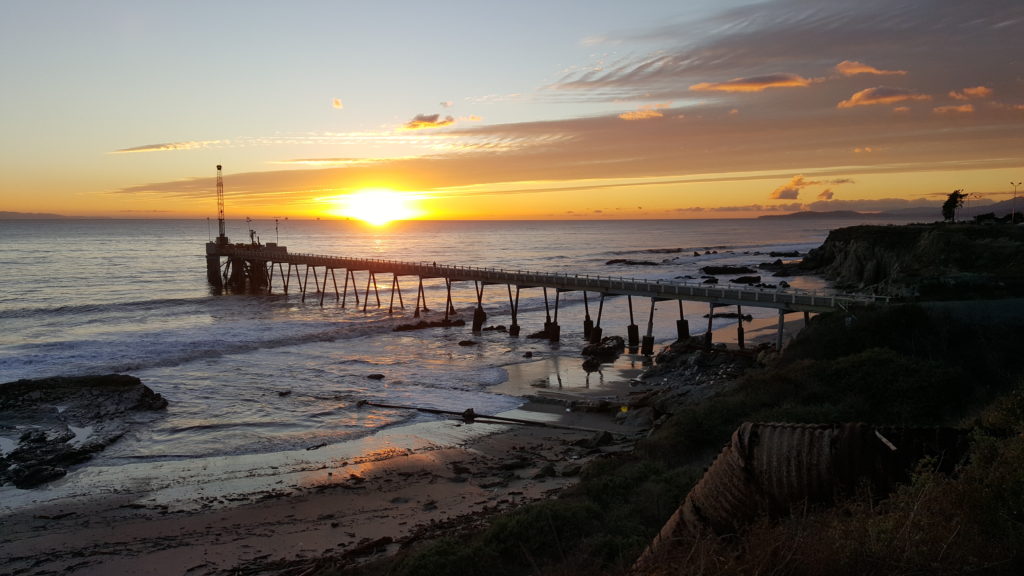 Volunteers from the local Carpinteria seal rescue organization will sit at the lookout during birthing season. They’re friendly and happy to answer any questions.

Even if it’s not seal season, this entire area is worth a visit. You can see all the way down to Rincon from the point. You get a great view of the cliffs. On a clear day, you’ll see Santa Cruz and Anacapa Island (two of the Channel Islands). You can also see all the way to Santa Barbara and the mountains beyond.

If you surf, then you’ve probably already heard of Rincon. 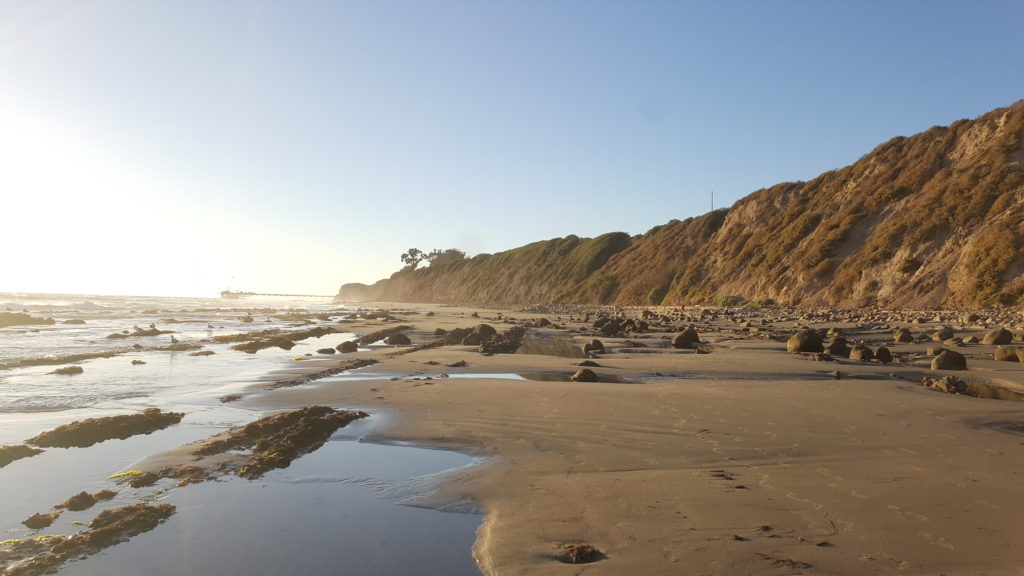 If you don’t surf, then Rincon is still worth a visit. You can walk there from the seal sanctuary (it takes about 40 minutes, but you’re walking down a beautiful beach). Or, you can drive there by taking the 101 south for a single exit from Carpinteria.

Rincon isn’t a great area for swimming. However, the beach is fine for an afternoon of hanging out and watching people surf. The cliffs are beautiful.

Carpinteria’s downtown area is a nice spot for a stroll. There are a handful of patios where you can grab breakfast, lunch, or a coffee. It’s a great spot to people watch. Some of my recommended places to grab a bite or sit outside include:

Siam Elephant: Carpinteria’s best (and only) Thai food restaurant, Siam Elephant offers tasty dishes at a reasonable price. There’s a nice outdoor patio area with a view of the street.

Jack’s Bistro: Jack’s makes the best bagels in town. Their other breakfasts are pretty good as well. They serve Peet’s Coffee. There’s plenty of outdoor seating for a sunny southern California morning.

Lucky Llama: Locally-owned and independent, Lucky Llama is famous for its acai bowls. Get a coffee and an acai bowl and sit outside.

Esau’s Café: Esau’s is one of the oldest restaurants in Carpinteria. The place is popular for breakfast, although they serve food all day long from an extensive menu. 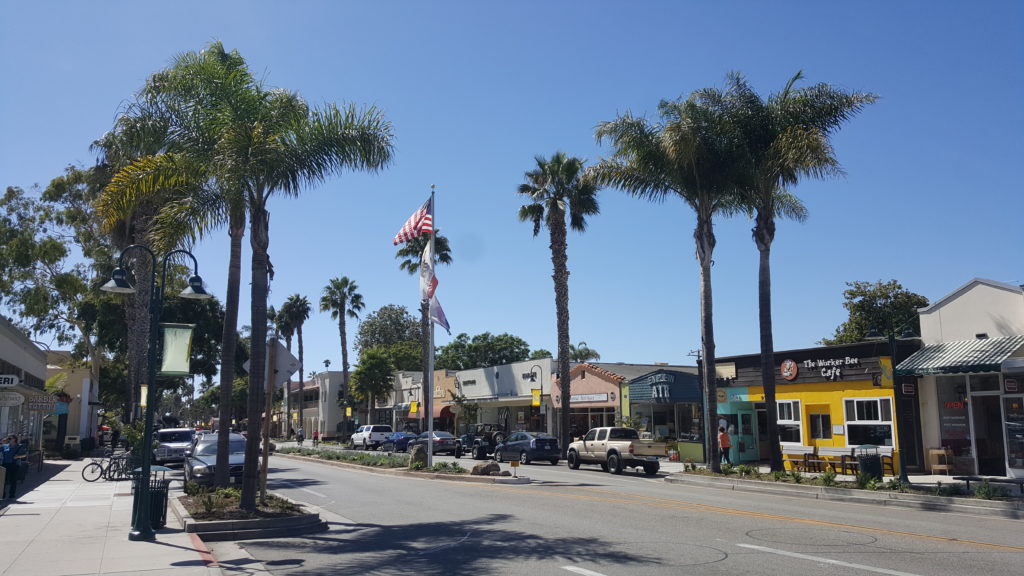 It wouldn’t be a Wandering Boozebag “must see” list without a bar. Cap off your day of seal and dolphin watching with a visit to one of Carpinteria’s numerous tasty breweries. 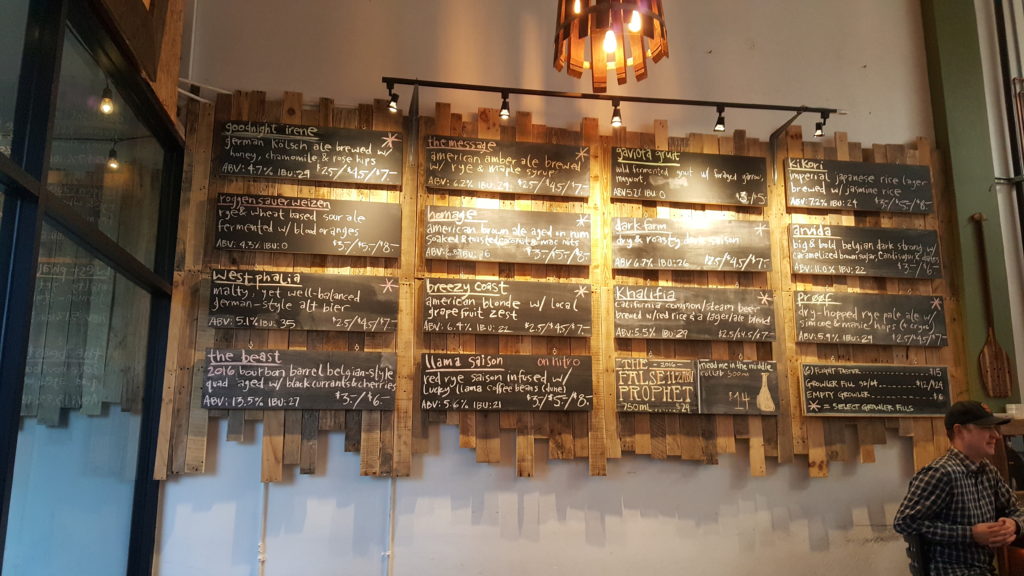 Carpinteria has three breweries and one “meadery”.

Rincon Brewery: Named after the world-famous surf spot nearby, Rincon Brewery has an excellent patio, delicious food, and good beer. You’ll typically find 10 house-made beers on tap. Get a burger and a flight. Sit on the patio and watch the town go by. It’s a great way to spend an afternoon.

Island Brewing Company: Located closer to the beach, Island Brewing Company is another popular hangout spot for Carpinterians (?). Their blonde ale has won some awards. I’m a fan of the scotch ale. The avocado honey ale is worth a try, although it’s not my personal favourite. There’s often live music here. There’s also a big and comfy outdoor patio where you can watch the train roll by. Rincon’s patio faces the sun in the morning, but Island’s faces it in the afternoon. You know where to start your bar crawl. 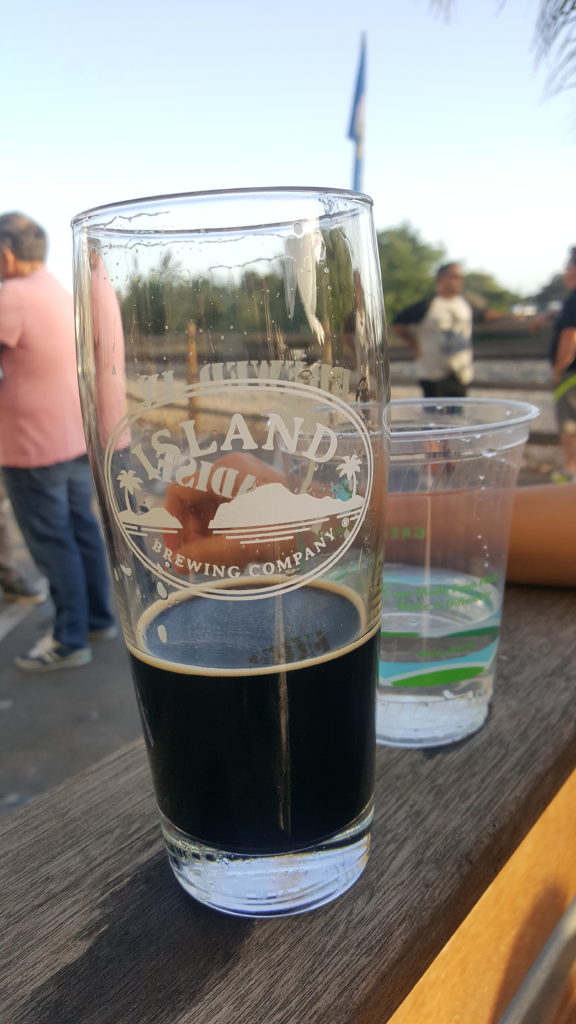 BrewLAB: The first two breweries are right in Carpinteria’s central area. BrewLAB is a bit of a walk out of town. If you’re a fan of unique beers, however, then it’s worth a visit. The brewery has a regularly-rotating list of unique beers. Tasters are $15 for 6 and there were 14 beers on the menu the last time I visited (use the Santa Barbara Axxess Card to get 2-for-1 tasters). There’s often a food truck parked outside. 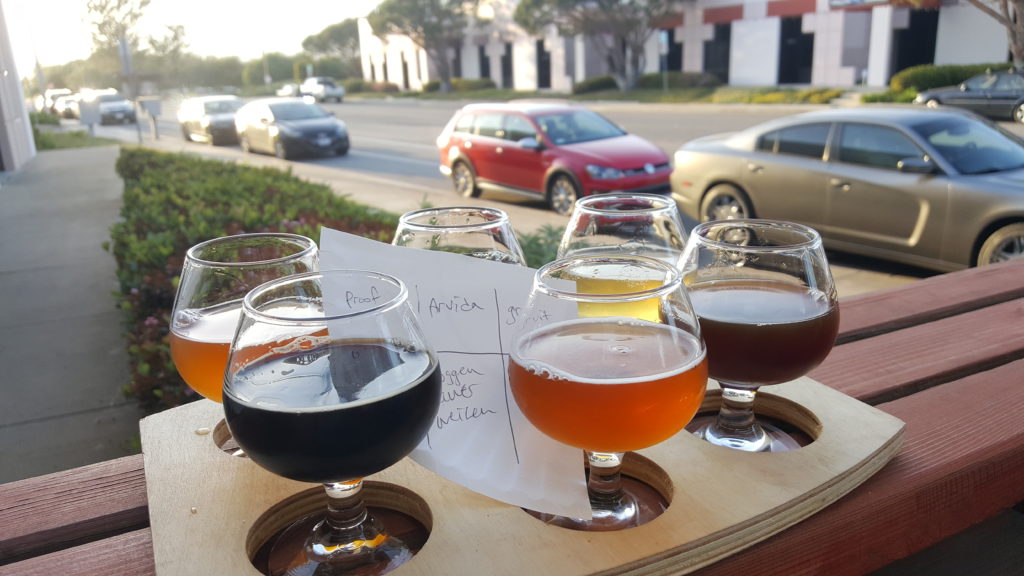 The Apiary: Have you ever had mead? Now’s the time. The Apiary is situated in the same building as BrewLAB. You get mead made from local honey. What’s not to like? 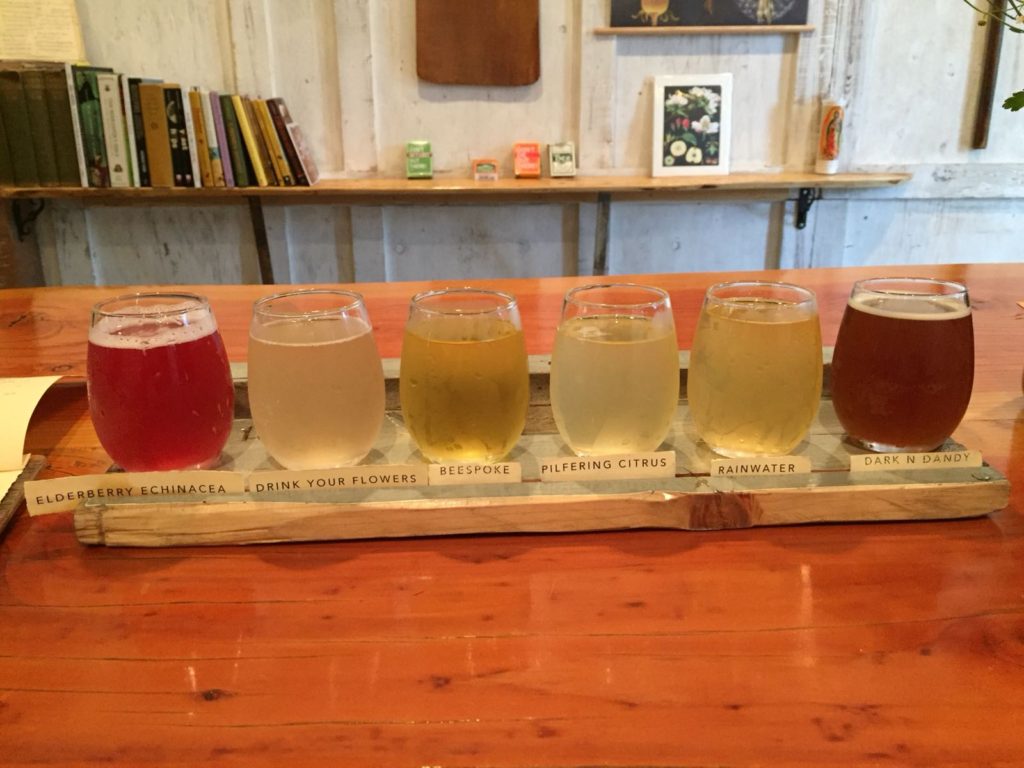 From the avocado honey ale at Island to the unique experiments at BrewLAB and the mead at the Apiary, I guarantee you’re going to drink beer in Carpinteria that you’ve never tried before. 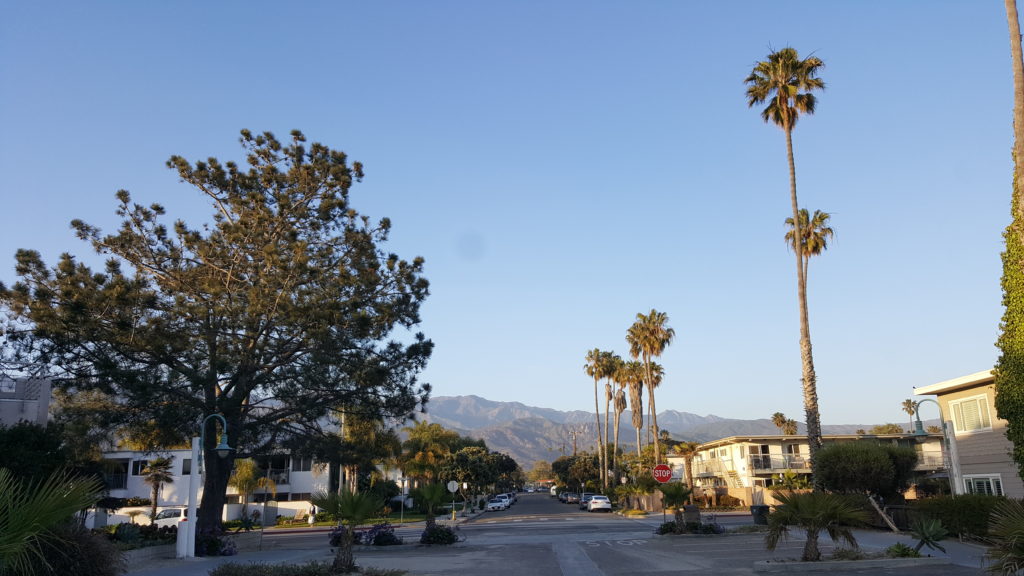 If you’re visiting Santa Barbara area and want to avoid high prices, then I highly recommend Carpinteria. You can escape the hustle and bustle of Santa Barbara, get cheaper prices on accommodations, and still be a 10 minute car ride away from Santa Barbara (or an $8 train ride). The town also has hundreds of camping and RV spots located right along the ocean – something you won’t find in Santa Barbara or most other places along the coast.

Got any questions about Carpinteria? I’m not a local but I’ll try to answer!

Work from Home Myths & Tips: What I’ve Learned After 10 Years

5 Best Things To Do in Trail, British Columbia